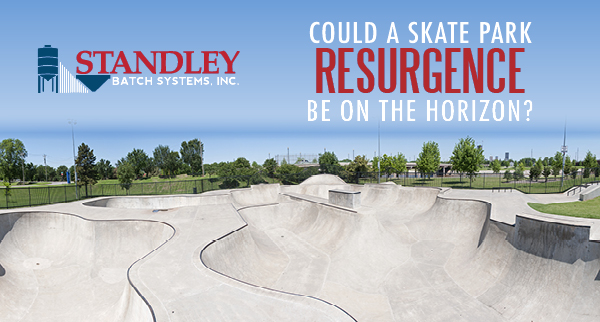 Could a Skate Park Resurgence Be on the Horizon?

Well, the Winter Olympics are finished, and we have our sights set on 2020.

Japan caught our attention with one of their Summer Olympic announcements. The Tokyo games will feature a first: skateboarding.

While none of us here are about to land a 180 kickflip, we have an interest in skateboarding trends for a pretty good reason: the potential boon to our industry.

In 1965, the first skate park in the world became operational. Made of concrete and constructed in Tucson, Arizona, the park featured concrete ramps. Its creation ushered in an era of development across the U.S. with parks opening in Washington, California, Maryland and more. Today, Tucson has five skate parks scattered throughout the city.

While there is current interest in skateboarding, it hasn’t taken off as an official sport because, unlike basketball or football, there are no specific rules or set arena. A great skate park offers a unique environment to test and challenge a rider’s skills – which is a great opportunity for concrete manufacturers to show their ability to mold concrete into something attractive and functional.

What the Tokyo Olympics could mean

Concrete landscapes are ideal for this sport because of their durability and lack of required maintenance. And concrete is the standard material for a cost-effective skate park.

With the news that Tokyo is including skateboarding as an official Olympic sport, we expect to see a resurgence in developing skate parks around the world. While we still need to learn what rules and standards will be set at the 2020 Olympic Games, there’s no doubt that cool dudes doing tricks will inspire a new generation to take up the hobby. And they’ll need space to hone their craft.