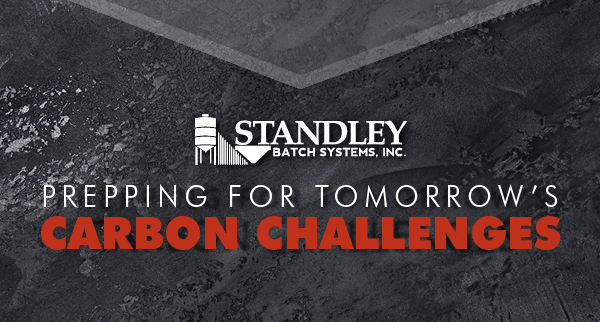 There is no substance as strong as concrete. However, cement, the main ingredient in concrete, has a huge eco footprint, and the process for creating concrete is energy intensive. With more and more companies and nations making zero-carbon pledges, things could quickly get challenging within the concrete industry.

Carbon regulation
It’s no secret that carbon emission legislation is making the rounds though local, state and national governments. Some regions already have carbon and/or emission taxes in place, including Britain. The New York Times reports that coal use has fallen in the country since the carbon tax’s implementation in 2013, signaling that the tax could be working. Due to its likely success, it’s not outside the realm of possibility that similar environmental regulations could make their way to the U.S., affecting how we all operate.

If the trend continues, concrete manufacturers will have to either find an alternative for Portland cement, take a cut in revenue, pass expenses on to customers or invest in startups. It’s also not a bad idea for plant operators to consider machinery that cuts down on all waste and efficiently uses materials as they’re ready.

Innovations on the horizon
Some startups are trying to create a solution that replaces cement, and others are capturing carbon and converting it into pebbles to use as an aggregate in mixtures. One company, CarbonCure, claims carbon pebbles improve the compressive strength of concrete, and Thomas Concrete, a producer out of Georgia, says buying captured CO2 reduces the need for cement and evens out costs. Ideally, CarbonCure’s system would mean concrete producers around the country need less cement to achieve the same strength.

Of course, there is an issue. This type of conversion requires a somewhat local supply of captured CO2. So one wonders if this process is actually scalable beyond Thomas Concrete.

Standley Batch designs plants to be as efficient as possible, and while this doesn’t cut down on emissions from the production of cement, it does ensure plants don’t waste power. For example, we partner with Egan to supply the KFBatch concrete automation system, which provides inventory control and design calibration power use is optimized while it’s running.

To find out more about our customization and retrofitting techniques, contact us.